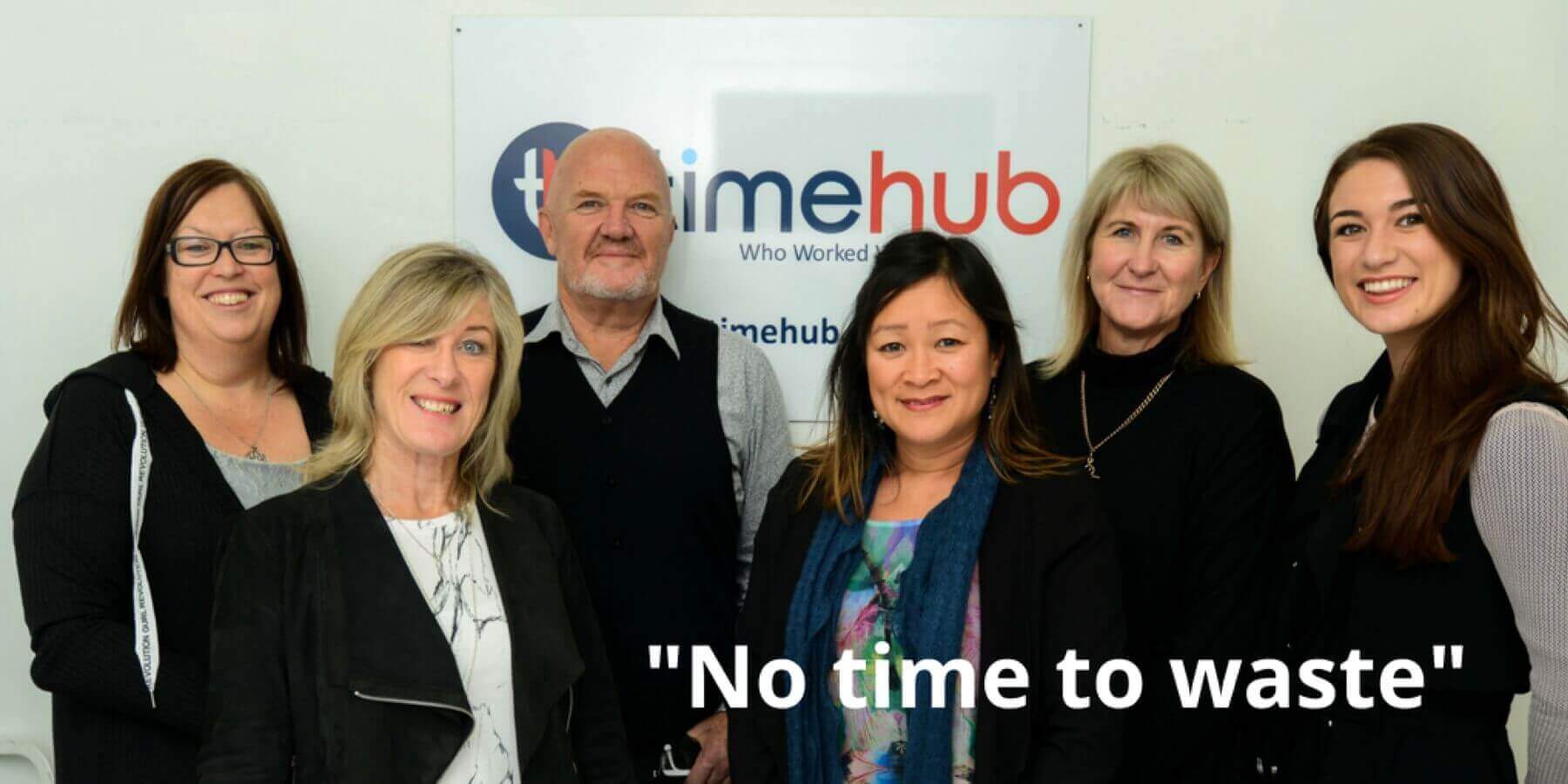 After selling their payroll software business Comacc to MYOB in 2006, Steve and Bev Nathan moved from Auckland to Hawke’s Bay not to retire, but bought a vineyard instead because they wanted a new challenge. So, they immediately bought a small chardonnay block and created Salvare Estate. Even though they won several awards, including “Hawkes Bay Cellardoor of the Year”, Steve became disillusioned:

“Having a winery isn’t all that romantic when you’re on the other side of the bar.”

Despite his relentless drive to put a his brand of success on every bottle that he produced, he realised his heart was just not in wine after all. Though it took him eight years to come to this realisation, Bev figured it out a little sooner. ‍At the winery he was often thinking “How do you manage staff at a vineyard?” Time and attendance has always been a hard problem for primary and hospitality industries. There is usually no time clock and there are no timesheets, and there is often no supervision. So how do you really know when your staff start and finish work? And for those businesses that do use timesheets to keep track of employees’ hours, it was done out of necessity by using a tool that was invented in the same millennium as the telephone (no kidding).

As in so many other industries, the advent of mobile phones has transformed how businesses interacted with not just their customers but also their own employees. We live in an age of autonomous cars, yet employees still manually clock in each morning. What madness!

For Steve, the payroll and time & attendance specialist, he realised the answer to improving speed, accuracy and trust in the payroll process was a decentralised timekeeping system for employees, that would use their smartphone or a tablet as the input device. With no limit on the number of devices that could be used. The employer wouldn’t need to invest in unreliable paper or expensive “biometric” systems. All the hardware was already in everyday use by employees which makes on-boarding so much less stressful. Thus TimeHub and their #notimesheets movement was born.

‍In many ways, Cradle’s origin story wasn’t all too different from that of Timehub. We, too, were frustrated by the ineffective tools of the past that were never designed to solve genuine, modern communication problems that were too damn important to ignore.

‍
Bread and Butter: Timehub and its sister companies specialise in payroll and time keeping for those that want to modernise their accounting and business operations.

Operations: They have a growing team based in Hawke’s Bay

Customers: They have hundreds of customers throughout NZ

Phone Setup: They had several landlines (brands) that were connected to several desk phones. The sales team also used a personal cellphone for clients calls and for when they were on the road.

When we first spoke to Steve way back in 2017 (he’s one of our oldest customers!), Cradle was still in the process of putting the finishing touches on our suite of apps (i.e. Beta). But that didn’t deter Steve from taking the leap of faith, knowing that he wanted to modernise his phone system to increase his customer’s NPS.

‍
What was the single most important problem that you were looking to solve with a new phone system?

We wanted a system which could be mobile if we needed it to as I am on the road a lot and also a system which would be easy to scale as we grow and open more offices.

What was causing this problem that led you to look for an alternative phone system?

The fact we were growing and so our fixed line phone system was hard to add to. Being fixed line also meant clients had to call me on my cellphone if I was away from the office and there was no way my team could transfer calls. Cost of our fixed line system was also a factor as we are based in Hawke’s Bay and we have clients and prospective clients all over the country so we were always making toll calls. The other thing which frustrated me was the lack of timely support from our previous provider.

His challenges were not uncommon as many small to medium sized businesses are often presented with two options: traditional landlines or complex cloud phone systems designed for larger organisations. Often, compromises have to be made and contracts signed, before you are able to fully understand how the product can help your team in real life scenarios. We designed Cradle to not only support modern businesses with their day-to-day phone operations, but also a business model that is based on our customers’s satisfaction — we don’t have contracts (I bet you won’t see that often in the telco land).

It didn’t take long to get the whole team set up with both the mobile and desktop apps. We also configured a voice menu with a direct dial option to connect to Steve himself. What really made a difference to their team’s efficiency was when they could now easily call and transfer calls to each other even when they are on the road. As a big part of Steve’s day-to-day is to demo and onboard Timehub with customers all over NZ, his calls now can also be cascaded to other team members when he’s not available to take the call. As Timehub quickly expanded their presence in NZ, they have also migrated their sister companies’ phone operation to Cradle as well. Now that every brand and its associated phone number is centralised under one roof, they have begun to take advantage of our Enriched Caller ID and Smart Connect feature.

It is easy to roll out and although we are still small we have been able to easily increase the number of users. I can make and receive calls wherever I am and clients don’t know I am not in the office. The fact we can use the new Chrome plugin means we can easily make calls from our CRM which speeds up the call process which is important from a productivity perspective when you have sale and support staff who live on the phone.

The system is great and the enhancement we have seen introduced (and coming) have been great but the most important thing or me has been the support we have had from James and Gary. For me business is about people more than product and I do business with people I enjoy working with.

What are some challenges that have yet to be fixed?

None really. I would like to see some call reporting but that is about all.

Your overall experience with using Cradle

It has been great. It takes a little while to get used to working with a system like Cradle, especially for some of my team who are not used to the VoIP model and felt they needed a handset but I would never go back to a fixed line setup.

Any anecdotes from your team?

I have been able to work from a cafe in Auckland while my clients think I am calling the office in Hastings. This means we can run our business where our customers are while still delivering the same level of service they would expect if we were sitting in the office.

We have been wanting to write about Steve’s success story as well his experience using Cradle for a while now, and it’s great to see our product evolve and grow alongside a customer like Steve — someone who shares the same vision that we do when it comes to solving genuine problems for modern businesses all over NZ and beyond.

Five years of innovation in seven weeks of lockdown